What’s the next champion rework after Pantheon?The next big reworks we have planned are for Fiddlesticks and Volibear, the two champions players chose for a VGU earlier this year. It currently looks like Fiddlesticks will come first, as we’ve found an exciting direction for him earlier than we did for Voli. We’ll be back with more details on how these reworks are progressing—as well as some hints for upcoming champions—in the champion roadmap later this year.

We’ll do our best to read every question, but we can’t guarantee they’ll all get answers. Some questions may already be answered elsewhere, and some won’t be right for Ask Riot. This isn’t the best place to announce new features, for example, and we might skip conversations on issues we’ve talked about in depth before (though we can clarify individual points).

We are listening, though, so keep asking. We’ll make sure your questions are heard by the Rioters working on the stuff you’re curious about." 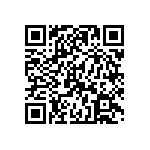